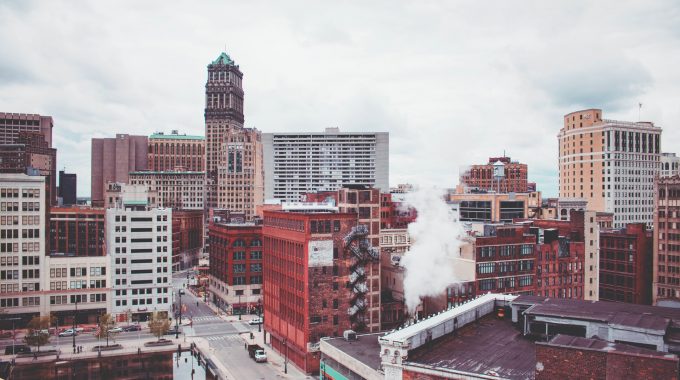 Statistics regarding the world’s most dangerous cities and countries are often quite controversial. Residents of some cities that rank very high on the crime list sometimes feel that there are elements of bias and that the picture painted by the researchers is quite different from what is the actual situation on the ground. However, this does not mean that all cities are equal, some actually record higher rates of crime than others. We look at 10 American Cities with the highest rates of crime today.

Most studies seem to agree that Detroit is the most crime-prone city in America. This is supported by statistics that show the city has a 1989 per 100,000 rate of crime. This includes assault and robbery. However, the city seems to be gradually redeeming itself with the current situation being better than what the city has recorded in more than 40 years. The crime rate is still however almost five times that of the overall country.

The city of Memphis was recently in the limelight when a police officer was shot on duty. The city ranks second in terms of crimes committed per year. With about 140 murders in the year 2014 and a crime rate of about 1,741 per 100,000 residents, this definitely seems unbiased.

Oakland had 80 recorded murders in the year 2014. The city also has a high 1,686 per 100,000 rate of violent crime. The city also happens to be in news over other news such as the NFL outfit Oakland Raiders. However, the third rank in the country’s most crim-prone cities has certainly been well-earned.

St. Louis is perhaps better known for the Cardinals, a team which happens to be among the NFL’s most successful franchises. There is however a dark side to the city. The city had a 1,679 per 100,000 violent crime rate in 2014 putting it among the top most violent cities in America. The city is largely African-American.

The city was in the news when a UPS employee committed suicide after committing the murder of two fellow employees. Within that year, the city had 52 murders and a crime rate of 1,588 per 100,000. This makes it the fifth most violent American city.

Milwaukee was reported by Forbes to have a violent crime rate of 1,477 per 100,000. There was once a piece that ran about the city titled why Milwaukee is the worst place to live for African Americans. The city has been known for its flat-out racism and other forms of segregation.

With 211 murders in the year 2015 and a 1,339 per 100,000 violent crime rate, the city of Baltimore is definitely among America’s more violent cities. The city once had a state of emergency called when police officers were attacked by looters during a demonstration over the death of Freddie Gray.

Most cities in this list have been associated with a high-profile murder that received significant media attention in America and perhaps throughout the world. Cleveland is no exemption. The killing of Tamir Rice in 2014 caused much unrest in the city. Cleveland has a crime rate of about 1,335 per 100,000.

This is the second city in California to make the list. The city had 49 murders in the year 2014 and according to Forbes has a crime rate of 1,332 per 100,000. Its best known case was perhaps one involving a girl who escaped potential kidnappers and fled to safety.

It is known as a ‘quiet’ city. However, statistics show that much goes in beyond the city’s silence. More than 100 murders happened in the year 2014 and the city also has a relatively high crime rate of 1,225 per 100,000 according to Forbes.